Here we are. Another Thursday another interview! This time, I chatted with an author of Winter Smith: London’s Burning, Jack Strange!

Q: How would you describe yourself to a stranger? What are your best and worst qualities?

I’m motivated, creative and sometimes funny. My worse qualities are I’m too creative, too motivated, and not funny.

Q: When did you start writing? What inspired you to do so?

I started writing, like many writers do when I was young. I was always writing scripts, or making up stories. Of course, when I was young, whatever i wrote wasn’t good. I started writing one book, but gave up, then at seventeen I had the idea for my existing novel, ‘Winter Smith: London’s Burning’. It took me four years to write the first Winter Smith installment, another two, and then completely scrap it all and start again. At twenty-one, I finally published the first in the series. Now I’m working on the second Winter Smith, and who knows how many re-writes I’ll have to do! I guess what inspired me was just making up stories on the playground, or reading when I was younger. I also think Harry Potter is a big influence on my writing, and why I wanted to become a writer.

Q: Where did you get the idea for your book? Did you have trouble writing it?

I had the idea whilst I was on a flight. I saw Winter Smith and knew I needed to write her story. This was at seventeen. A lot changed in the earlier drafts to the one that has been published. For example, at the beginning of the story the group were going to be superhuman and there was no Connor. In fact, Connor only appeared in the last draft, but I knew he was right. I didn’t have trouble, really, writing London’s Burning. It was just more a case of a draft after draft.

Q: If you could live in any fairy tale land where would you live and what story character would be your best friend?

I would live in the Harry Potter Universe, and I would make sure Luna Lovegood was my friend.

Q: How do you handle negative reviews/comments on your book?

Thankfully, any negative reviews that have come through have only been 3-star ratings, and they’re more good than bad. I’ve had a few people offer constructive criticism – mainly just highlighting a few plot holes I need to fix in the next series – but they’ve also enjoyed the book, too. I had a 1-star rating once, but he didn’t leave a review. I also noticed that every book he read, he had given 1 stars to. So I feel as though he was probably just a troll.

Q: What would you say are your pet peeves when reading someone’s story?

Interesting question. I suppose it is, romances that happen so quickly, or a drawn out plot. I remember reading a really good first book, getting to the second and everything that was happening was just useless and pointless information, that was only in there to fill the pages. If you don’t have enough of a story to tell, don’t make a series. 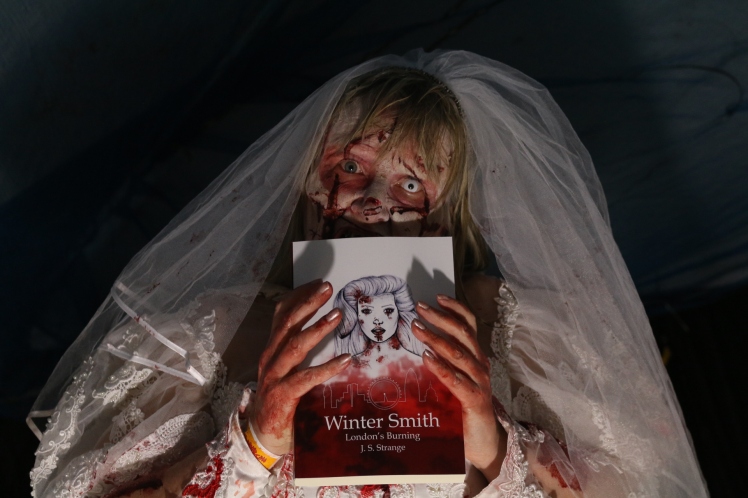 I hope you enjoyed reading the interview if you want to be interviewed or you know anyone that you find interesting and you want me to interview him/her, click on the button below to find out all you need to know!

Get your interview here!