First I’ll tell you that the idea for this blog sprouted in a lecture called “Extraintestinal manifestations of celiac disease.” by Dr. med. Ljuba Gangl, who was a guest to a meeting of people who are a part of Slovene Celiac society (club).

Now I should probably tell what Celiac disease is. Celiac disease is an autoimmune disorder that can occur in genetically predisposed people where the ingestion of gluten leads to damage in the small intestine.  It is estimated to affect 1 in 100 people worldwide.[read more]

Let’s go back to the lecture now… Why was I there? Well my younger brother have Celiac disease, he was diagnosed when he was two years old. Because of that, my whole family joined the club and I have to say it’s amazing, after 15 years we’re all still learning. So yeah, my family along with my brother adopted the gluten free diet and as you found out before, we are mastering it for 15 years now. 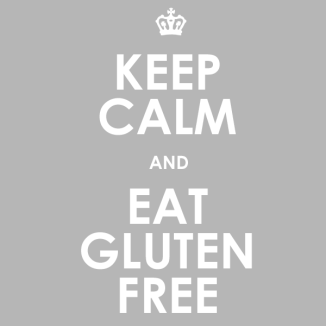 We choose gluten free diet** (in our home), because it’s easier to keep control of what and how we’re cooking, so my brothers food couldn’t get accidentally contaminated with gluten. The only gluten containing food that you can find in our kitchen is bread and pasta (because buying gluten free for all four of us would be too pricey) and even those are safely packed in a separated cupboard, we even have special dishes to cook that hazardous pasta in. And all of the gluten free food (bread, pasta, flour, etc) are in a cupboard at the other side of the kitchen.
And so it started. My brother was diagnosed, my parents devastated and we went on a field trip every week, to our neighbor country to get gluten free flour. We did that because here (in Slovenia) 15 years ago, the majority of people didn’t even know about the disease, let alone sell anything specifically branded gluten free and therefore safe for dietary needs. And all that lead to joining Slovene Celiac society (club).

The club had all sorts of meetings and lectures and it developed and improved through time. So now there are around 2000 members and we have meetings, lectures, cooking classes, there’s also educating of cooks, chefs, doctors, waiters, schools and anyone else that might get in touch with person who have special dietary needs. It’s amazing because people who are diagnosed longer and have experience can easily help the newbies and share their knowledge and recipes. 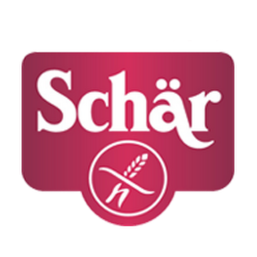 There’s also a huge improvement on the availability of branded Gluten free products, mainly from Schar and other similar companies, so living with gluten free diet got easier for everyone. But of course the newbies who just got diagnosed are completely lost and paranoid about buying anything. For that I’d advise everyone to join some sort of society that is specialized in gluten free diet, also there are all sorts of helpful lists on the internet that can help you get around your gluten free food search. Also since I just got to this, feel free to contact me, if you have any questions about gluten free diet.

At this point, I find it suitable to mention those who are diagnosed with celiac disease, gluten intolerance (or any other disease that is connected with gluten free diet), know that they need gluten free diet and willingly DO NOT follow the gluten free diet. Like yeah, it’s your choice to eat whatever you want but after you eat something that contains gluten, PLEASE do not go with the pity party and start to complain about your health condition getting worse. If you need gluten free diet and eat a ‘normal’ donut, just because you miss the taste, well, you’re an idiot. I get it if that’s a 5 year old kid who doesn’t know better and he/she just eats whatever they’re offered, but with an adult I don’t know. Why would you willingly put your health on a line because of something you shouldn’t eat. In this time I’m quite sure that most countries (if I’m wrong, please do correct me) have gluten free products, so if you want a donut, bake them or find another thing that’s gluten free to demolish your craving. It’s not that hard. But yeah it is pricey.

Now I’d like to move on to people who do NOT need gluten free diet, but want to eat gluten free because “gluten is unhealthy”. Let me tell you one thing, your diet, your thing, but with this diet you’re making life harder for a lot of people.

I honestly find it hilarious when people who go with “gluten free” diet say that they don’t eat bread or anything that has wheat in it. I always ask them if they eat licorice, imitation crabmeat, other processed food, or drink beer. And they are always devastated when I tell them that beer contains barley and that it has gluten in it.

I hate it when people force themselves into a group of people who are gluten intolerant, just because they are pretentious little creatures who failed to educate themselves on the topic. To those people, all I can say is: “Welcome to reading every package and label on your favorite candy, sweet, chips, because in 95% of cases, it has gluten in it, so you can’t eat it. How much do you like gluten free diet now?”

Those people are really making it hard for people with special dietary needs, because every waiter, every cook, every person who deals with food is sick of hipsters who ask for gluten free meal. Want to know why I said hipsters? Well it’s a popular internet term for it. What I actually mean is that people are getting sick of people obsessing with gluten free diet when they don’t need it, because it’s seriously hard to watch over those people who are actually ill. Yes those people need watching over,  their food needs to be prepared separately and that can be a serious drag for a cook on a busy day (I worked in a kitchen, trust me, it’s hell!).

But I got to say that my brother and most people from Slovenia who needs gluten free diet, are in luck, because there are few restaurants that offer only gluten free menus. There’s also been a major step forward at educating waiters and cooks so they know what to offer and they no longer give so many weird, confused or ‘I’m so done with this shit’ looks. Also most restaurants have “allergy tags” for their meals so it’s clear what’s suitable for gluten free diet.

And now onto the last group of people that I want to point out today, the non-believers, the people who do not believe that gluten intolerance or celiac disease exists. In a way I can’t really blame them because of all the people who go on gluten free diet for no reason and just because it’s “in”. In that aspect I guess I can understand why they’d want to deny the existence of this illness.

But those people are still just undereducated or uneducated as well as seriously ignorant. This needs to stop! Not only people who need the gluten free diet, but also every other person should know about it and how to deal with it. You can never know when you’ll find yourself in a position when you, your significant other, your family member or your child, will get diagnosed with this illness. Will you deny it then too, or will you do everything in your power to adapt to the dietary needs?

And of course there are those who believe that celiac disease or gluten intolerance is just an allergy and they tell people “to just get pills and get it over with”. Once again they are clearly ignorant and uneducated on the topic. Untreated disease can have enormous consequences and long term health effects and it can NOT be threated with pills! (Oh my, you have no idea how many people would kill to get the pills for it instead of having to go on a diet.) [read more]

For more information, check the links below (there are many more, but I’ll only list few):

Because my post is coming to an end, I’ll let you go with a question and some answers I got. (feel free to add your answers too)

And before I show you the answers I got, I’d like to thank everyone who added their thoughts. Thank you, honestly! I really appreciate it and I hope that this blog is at least a bit like you expected it to be, or at least, that I didn’t let you down.

What do you think about gluten-free diet?

I follow the gluten free tag in Reader and have found some posts saying that Celiac Sprue, which I have, does not exist, among other awful things. I find it disturbing that people without medical training can deny medical diagnoses with actual symptoms. Some of my friends are guilty of this awful behaviour and I have had to tell them off. I am scared to eat out because I feel that someone will think I have an eating disorder and add contaminants to my food to prove a point.

Make sure to also read her post about related topic: HERE

Simply put if you have celiac disease, then it’s vital to your health and well being. If you don’t but find it beneficial, then that’s okay too. If you do choose to proclaim yourself as gluten free then I think one thing needs to be understood: Gluten can be in everything you eat. If your food has been cross contaminated, whether it be because of the preparation or because of the spices, herbs, tea, coffee etc, all of which are at risk of cross contamination, then you’re not eating gluten free properly. If you cut out wheat then just call it wheat-free, but if you claim something as gluten free then know if misrepresented it can do untold damage to a large number of people. There is a gluten free fad, I don’t like that, but there is also a gluten free diet, that many, through necessity or choice, practice rigidly. They’re not the same thing. As someone with celiac disease, nightshade intolerance, histamine intolerance and a smattering of other problems this kind of question needs to be addressed every time it crops up and I’ll always be glad to share what I know.

A gluten-free diet is a way of life for me. After a very unexpected celiac diagnosis six months ago, my world without gluten has been life-changing. I have never felt better. The fatigue and brain fog have lifted. And yes, I too have encountered the eye-roll from various family members and the occasional wait-staff at restaurants..but I try to let it roll off my back. There is so much misinformation out there. Celiac.org is a great place to start for some solid facts. I will be gluten-free for the rest of my life, and while I have an occasional pang of sadness about it–in the big picture, it’s really a beautiful thing.

I follow a gluten free lifestyle for medical reasons. Before going gluten free I would say get medical advice before committing to it. You can read my experience on my blog at https://kjwilliamswrites.wordpress.com

So that’s it for today, I hope you enjoyed it and maybe even learned something new! If you have questions feel free to comment your question below or contact me.